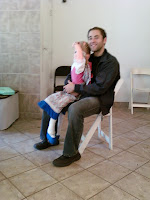 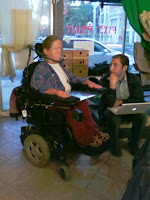 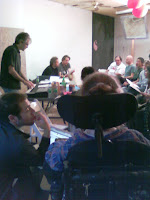 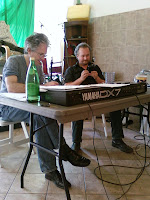 It is the Tuesday after our workshop.

There are a number of things that I've wanted to communicate over the course of this time--because, in all honesty, the workshop was very HARD. Sarah and I burnt out half-way through, which left us with no choice but to work on fumes. The Friday before beginning our time in St.Catherines, Kazumi had to back out of the performance--which was very sad for us--but his prior commitment to a documentary he was working on had to take priority. We understood. Kazumi's been a huge part of this workshop and The Book of Judith. He brings a lot of intelligence and experience into the room, not to mention generousity and he's a great performer. But we trekked on ... as we continue to.

The next day, Saturday, we presented the Choir with the latest draft (completed the evening before). We did a work-through in the space ... which was hard. Very Hard. At the end of the work through, the choir, and everyone else (myself included) just wanted to get the hell out of there, back to Toronto--back to safety. Something was not right. Something was not fun. 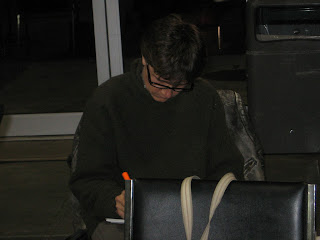 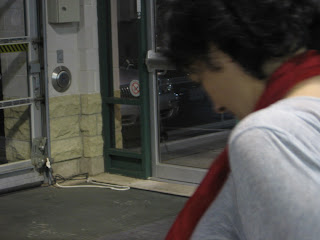 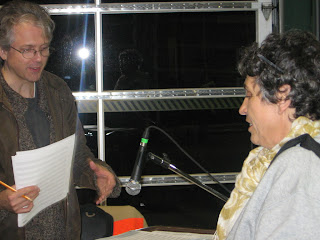 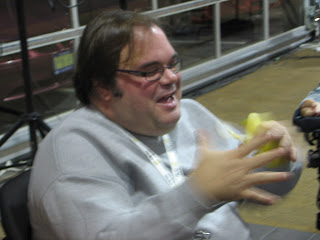 
On the ride home, Sarah, Mariah, Wanda and I all spoke about the piece--trying to understand where the holes were. In the car, I started to look through the script ... why was it so hard? Why was it not fun anymore?

And then I get a call from Judith Snow.

The next morning she confirms. Judith Snow cannot be in the workshop presentation.

Ok. Breath. Deep breaths. We'll work this out. After all, its not the FIRST time Judith couldn't make it.

And so, we had on our hands a new draft of the play that was NOT FUN, and we no longer had JUDITH SNOW. I looked over at Sarah, and she had her head in her hands. I could almost hear the moans coming from her brain/body. What the hell were we going to do.

I give her a hug, and we determine that I'll take a look at the script, and try and fix it. 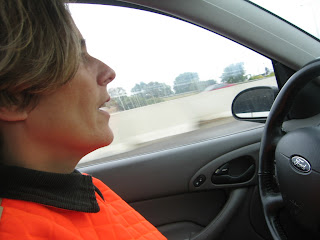 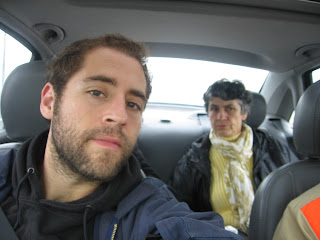 I get in the house, and I stumble across an earlier quote that we used of Judith's. Something like: "Now, the only thing left to do, is to figure out how to do the play without me".

It was like she was speaking to me through my own play.

I will admit that I was also quite tired, and feeling sick and possibly a touch delusional. But whatever the excuse for this visitation, it seemed to do the trick.

I spent the next three hours writing a final draft that helped us find the play of the play. The choir went for being disdainful and aggressive to full-on-cheerleaders ... for the play ... for Judith Snow. Rocky Horris Picture Snow. The choir is the life-blood of the work ... and they are also the representative for Judith Snow in her absence ... and perhaps always have been. Judith tried to tell us, but we've noticed that we have a hard time always hearing Judith Snow. Surprise, Surprise. ARTLIFESHUTUP.

But, as she has before, as she has now, and as she will continue to ... once again, the answer came from her.

The next day in St. Catherines, the Choir communed by around 2:00. We used the next three hours to work through the new draft. An hour to eat--and then the audience came.

And there it was. The play was back. It was not all there, of course, as I was still on book, and there's still some work to be done on the script ... but we've found the play and made it stronger.

Those who know me, know i am not a man of faith ... but those who also know me know that everything I do seems to be an attempt to find/contradict/embrace it.

It was possibly the most poignant experiences in the theatre of my life.

I'd like to tell you what it was. If you were there, you know. If you weren't, we are going to keep it for ourselves ... because we do not want to spoil it ... and we hope it will happen again. It may not, but if it does, we hope you will not see it coming, as we hadn't.

And so. There you go. The Book of Judith is alive once more. It continues to transform us, and audiences.

A few comments from the audience that night were:

"It speaks to the soul and to what is really important in this life."

The show continues to be as strange, confusing, frustrating, moving, beautiful and exciting. In just over a months time, we take it to the U.K. to continue on.

What happens next is a mystery.

But we are sure of one thing.

It will always be a surprise.

With love and tenderness. 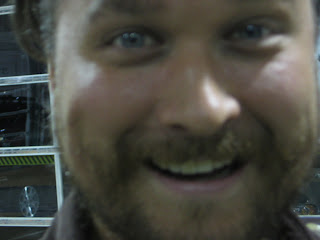 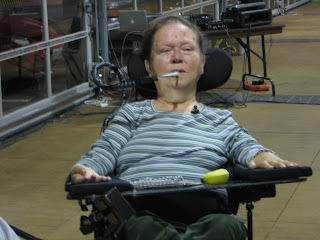 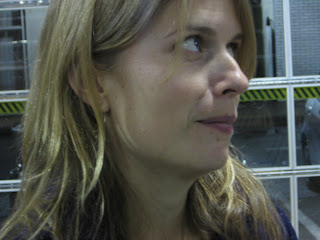 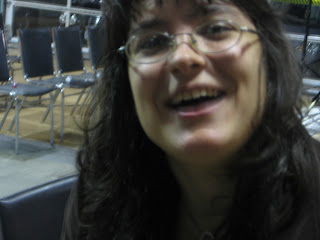 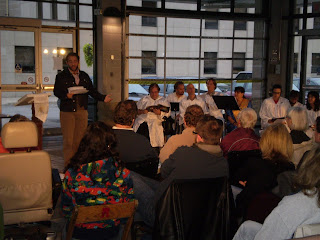 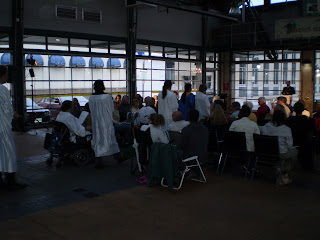 Shots during the performance taken by Jason Cadieux (ECT)
Posted by SummerWorks at 3:28 PM 1 comment: